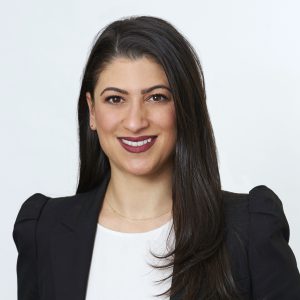 Danna M. DeBlasio has over a decade of experience as a government relations professional. She has successfully navigated clients through complex legislative issues, secured tens of millions of dollars for not-for-profit clients through expense and capital funding, negotiated multi-agency approvals and created procurement and pilot program opportunities for clients in various sectors.

As managing director, Danna is responsible for overseeing firm operations.  This involves managing the day-to-day and leveraging internal resources and expertise to deliver the best possible results for clients, while prioritizing communications to keep CMW clients informed.

Prior to joining CMW, Danna worked for a prominent New York government relations firm, most recently running its New York City office.  From 2011 to 2012, She spent a year in Panama overseeing client relations and special projects. While in Panama City, she played a vital role in coordinating ground logistics for Sports Illustrated as well as the ABC television series, “The Bachelor.”

Danna earned her MBA from Florida International University’s Chapman Graduate School of Business and her Bachelor’s from Union College, where she double majored in psychology and political science, graduating with honors.

In 2022, Danna was named ‘Political PR Power 50’  by City & State Magazine.  In 2021 she was awarded City & State’s ‘Above & Beyond Women’ recognition.  She received Shneps Communications distinguished award ‘2018 Stars under 40’ and in 2014, Danna was recognized as one of the “40 Under 40 New York City Rising Stars” by City & State Magazine. Danna is on the Board of Latinas on the Verge of Excellence and previously served as a member of ABNY’s Young Professionals Steering Committee.