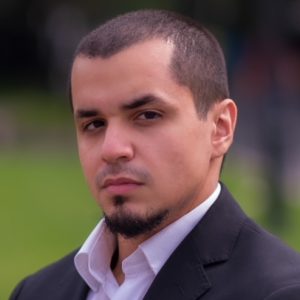 Matt Orama, Senior Government Relations Associate, joins CMW Strategies after serving as Deputy Director of Government Affairs at Columbia University, where he managed a portfolio of high-priority City and State government projects and issues, liaised with governmental offices and elected officials, and contributed to the development of effective outreach, communications, and advocacy strategies with government and community-based stakeholders.

Prior to his time at Columbia, Matt was the Assistant District Manager of Community Board 8 in Manhattan, serving as the staff liaison to numerous key committees and intergovernmental liaison to their respective City and State agencies, and representing the Board’s interests with City, State, and Federal officials. Before joining CB8M, he was the Special Projects Manager to former New York City Council Speaker Melissa Mark-Viverito, managing her district communications and discretionary budget process, and acting as the Speaker’s representative on the Manhattan and Bronx Delegations.

In 2020, Matt was recognized as one of the “40 Under 40 New York City Rising Stars” by City & State Magazine. He earned his B.A. in Sociology from Ithaca College and his M.U.P. from Hunter College, concentrating in Economic Development and graduating with honors.